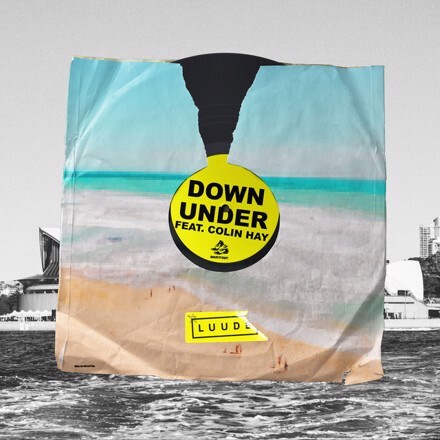 What a cool surprise the response to LUUDE’s remix collaboration of “Down Under” has been! Not only is it trending through TikTok, but it’s also been added to Spotify playlists like “Happy Hits!” “Hot Hits UK”, “Dance Rising”, and “Hot Hits Australia” and reaching over 7 million folks, and is fast approaching 8 million streams there. Here’s what Colin has to share about the remix:

“I was not aware of this young Australian artist called Luude. He had recorded a new, more electronic version of Down Under, which featured my original vocal. I liked the sound of the track, but thought I could update my vocal somewhat. So that’s what I did, and what you hear is that combination. It seems to be getting noticed among many young humans, most of whom were not even walking around when the original was released back in 1982. I am more than happy that people are still enjoying it.”