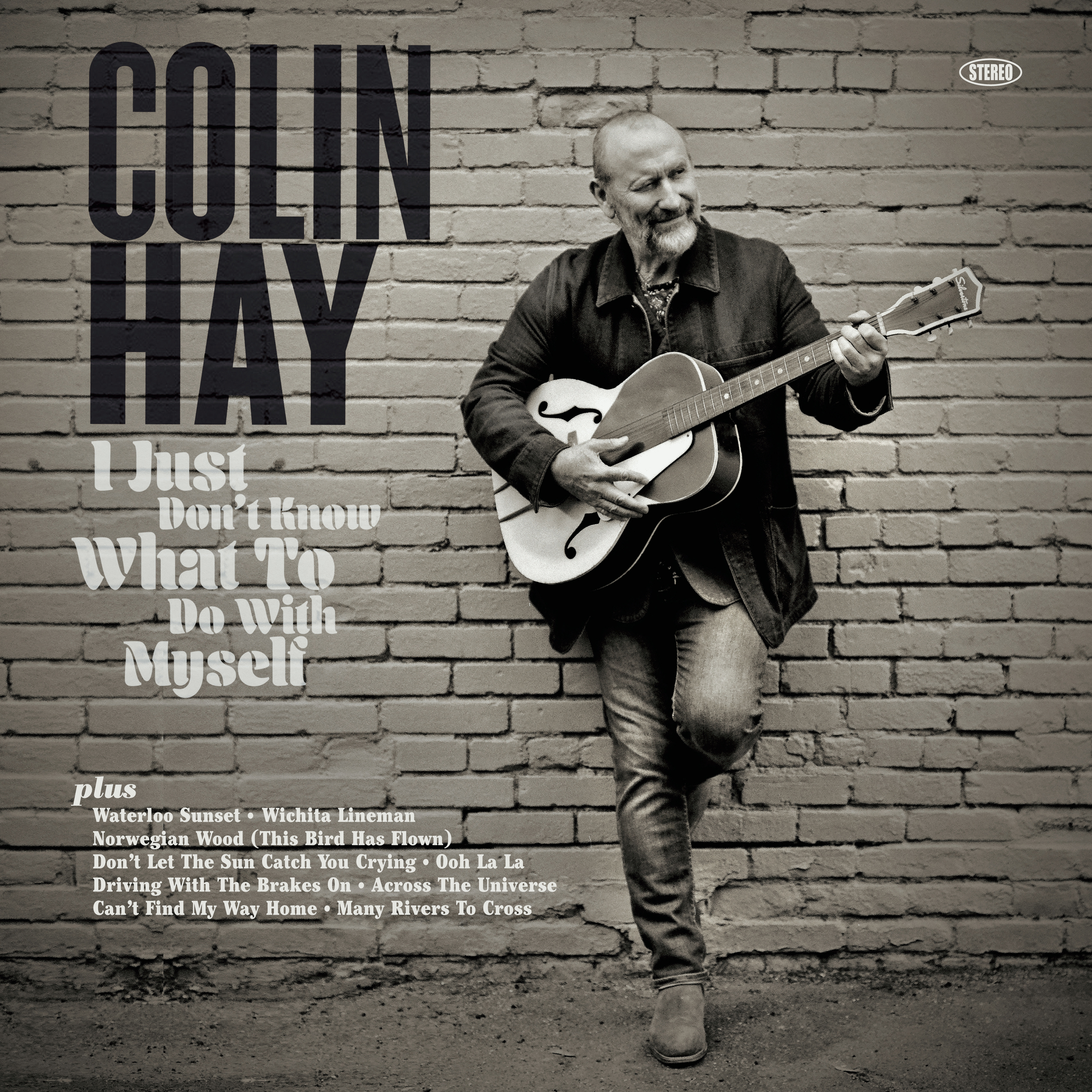 Renowned globally as the songwriter/lead vocalist for Australian Chart toppers Men at Work, Colin Hay has since proven himself as a solo artist, touring with his own music and as part of Ringo Starr’s All-Starr Band. But his love for music was born in his native Scotland, working at his parents record store where he heard all the hits of the day, from The Kinks’ “Waterloo Sunset” to the Faces’ “Ooh La La” to Dusty Springfield’s “I Just Don’t Know What to Do With Myself.” At home during quarantine in early 2021, he read that Gerry Marsden had died and found himself strumming the Gerry and the Pacemakers’ Merseybeat hit, “Don’t Let the Sun Catch You Crying.” He decided to turn on the tape machines and share with his frequent collaborator/ producer, Chad Fischer, who asked for more of the same.

Thus followed the recording of I JUST DON’T KNOW WHAT TO DO WITH MYSELF, a new studio album featuring 10 versions of some of Colin’s particular favorites — songs tied to memories and eras in his life. These lushly arranged versions showcase Hay’s ability to interpret a song and remind one just how instantly recognizable his voice is. While most of the songs are from the ‘60s, Hay does a moving version of Scottish group Del Amitri’s heartbreaking “Driving With The Brakes On,” which he calls “simply one of the best songs ever written.”

Get a first listen of title track “I Just Don’t Know What To Do With Myself”:

FROM THE LINER NOTES:

This record was unplanned, but I’m glad it came to be. Gerry Marsden sadly had just died, and I was sitting around in the basement, playing major 7th chords, as you do, and I started singing “Don’t Let The Sun Catch You Crying” to myself. So I switched on the machines with the pretty lights and recorded it. Just vocals and guitar. I sent it to my best man, Chad Fischer, and said, “See what you can do with this”, and he did. It sounded more than delightful to both of us. He said, “Send me another”. And so it went, until we had ten. Quite enough for the moment.

The song choices were simple. “Waterloo Sunset” was playing through the sound system at Southampton Docks in June 1967, when I was boarding the Fairstar with my family, heading for the New World. What a sendoff.

“Wichita Lineman” has fascinated me for many reasons. It was a hit for Glen Campbell, yet written by Jimmy Webb, a master songwriter. This was intriguing in and of itself. It contains one of the greatest lines in modern music. (You know which one I’m talking about.)

I worked in my parents record store in the 60’s in Saltcoats, Scotland, and it seemed Dusty Springfield always had a hit on the charts. “I Just Don’t Know What To Do With Myself” was produced by Johnny Franz, whose team created the closest thing Britain had to the Phil Spector ”wall of sound”. Dusty Springfield’s voice is divine.

There are so many Beatles songs one could choose to try and do justice to it’s ridiculous. “Norwegian Wood” contains a classic, simple and elegant melody, and I would occasionally perform it live in a dropped D tuning, so that one sprang to mind.

Chad suggested “Ooh La La”, the Faces song, written by Ronnie Lane and Ronnie Wood and sung by Ronnie Wood. I loved Rod Stewart and the Faces, and was considering a few others. However, Brooke Fischer, Chad’s wife, fancied “Ooh La La”. I’m a big fan of Brooke, so on it went.

“Driving With The Brakes On” is simply one of the best songs ever written. I love Del Amitri, and Justin Currie’s songwriting. When I first came over to live in California in the early 90’s I would listen to this song driving home late at night.

“Across The Universe”… well what can you say? A staggering lyric, and equally beautiful music and melody.