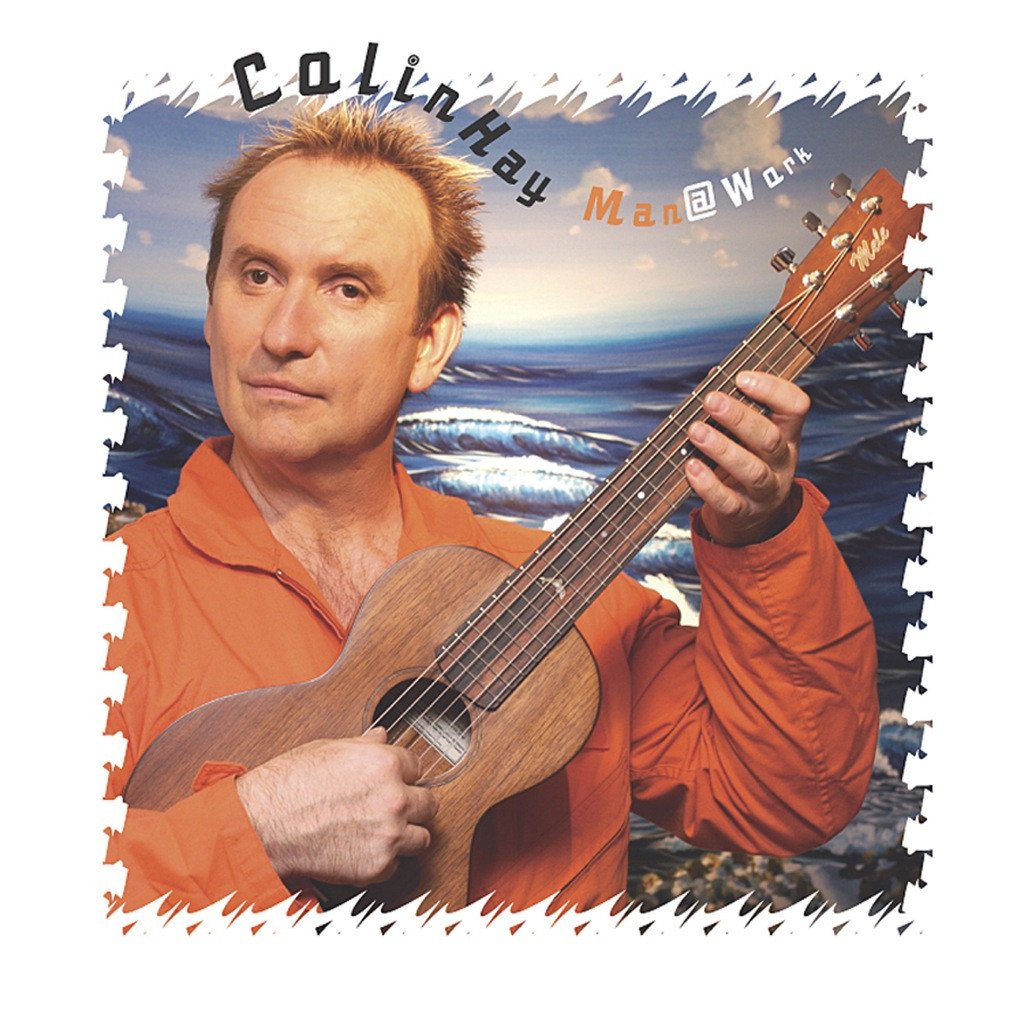 When Colin Hay released Man @ Work it became an indie hit, spawning new favorites including “Beautiful World” which was featured on the NBC series Scrubs and selling over 100,000 copies. The album introduced Hay to a new generation of fans with its acoustic re-workings of some of his most classic songs.

As frontman and principal songwriter for the smash group Men at Work, Colin Hay secured a place in pop music’s parthenon with a series of melodically infectious, invigorating singles marked by Hay’s instantly recognizable voice and perceptive, witty lyrics.

Man @ Work introduces the Hay of today: his voice aged to a warm, burnished tenor, his wits and musical acumen still sharp. Over the course of bittersweet new songs, revamped versions of solo favorites, and surprising, stripped-down versions of Men at Work classics, Hay reasserts himself as one of pop music’s most distinct and likable craftsmen.

Now, to celebrate the 10th anniversary of Man @ Work, the Man @ Work Acoustic Vinyl is being released. The LP includes tracks from the original CD release plus “I Just Don’t Think I’ll Ever Get Over You” (of Garden State fame) and new recordings of “It’s a Mistake,” “I Can See it in Your Eyes” and “Down by the Sea.”