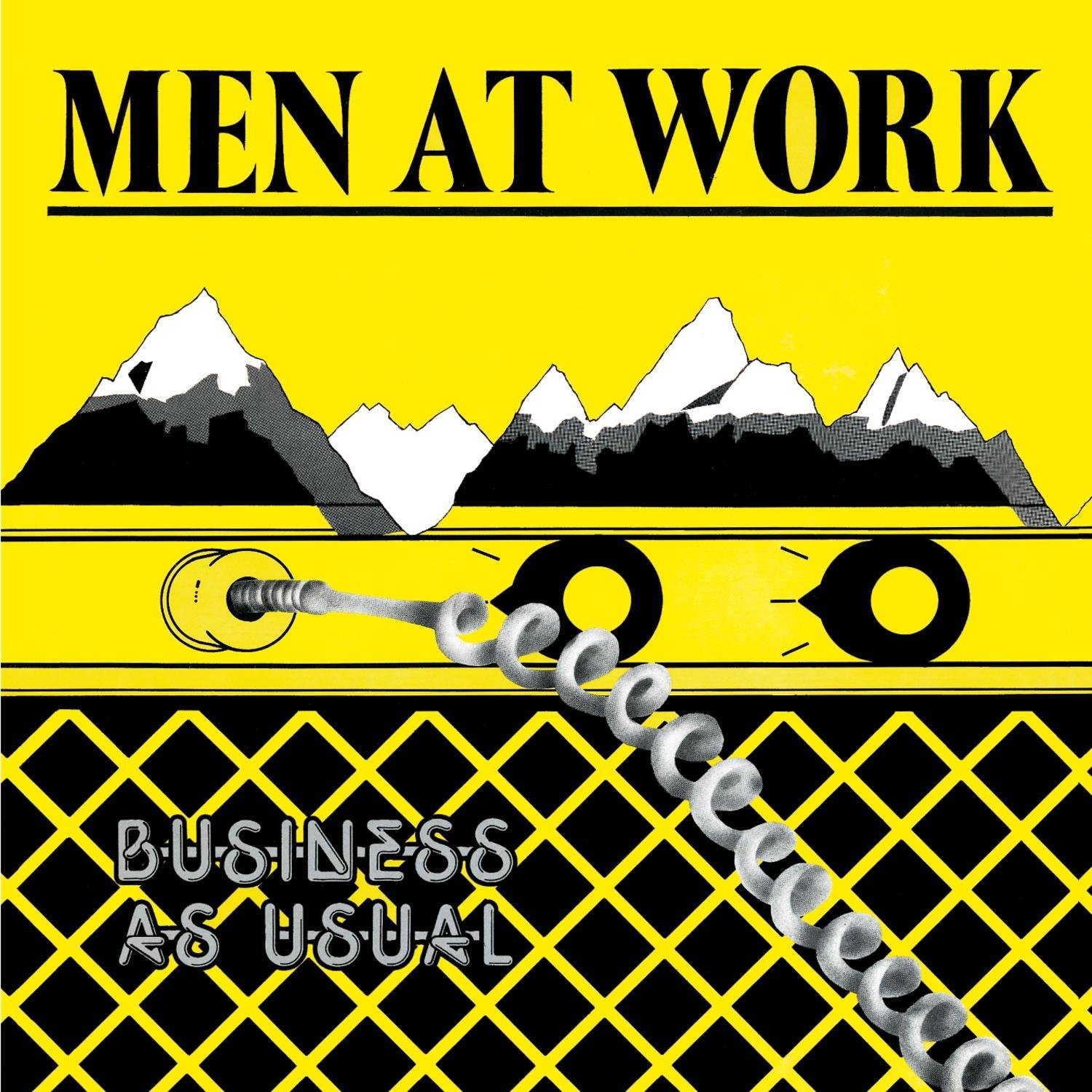 Business as Usual is Men at Work’s debut album, which was released in November 1981 in Australia, and April 1982 in the United States. The group members were Greg Ham on flute, saxophone, keyboards and vocals; Colin Hay on vocals and guitar; John Rees on bass guitar; Jerry Speiser on drums and backing vocals; and Ron Strykert on lead guitar and vocals. It spent nine weeks at the top of the Australian Kent Music Report Albums Chart from December 1981 through to March 1982. The Australian version had a black and white cover design; overseas releases had a similar design but in a black and yellow color scheme. Business as Usual was one of the most successful albums internationally by an Australian group. It spent an unprecedented 15 weeks at No. 1 on the US Billboard 200 from late 1982 to early 1983; and five weeks at No. 1 in the United Kingdom Albums Chart in early 1983. Business as Usual was also one of the highest selling Australian albums in the early 1980s, with 6 million copies sold in the US, and 15 million sold worldwide. Surprisingly, the disc also made it to #31 on Billboard’s Black Albums chart.

The first single from the album, “Who Can It Be Now?“, was released in Australia in June 1981, prior to the recording of the rest of the album. It reached No. 2 on the Australian Kent Music Report Singles Chart in August that year. The second single, “Down Under“, which was issued in October peaked at No. 1 for six weeks. A third single, “Be Good Johnny“, appeared in April the following year and reached No. 8.

In October 2010, Business as Usual was listed in the book, 100 Best Australian Albums.