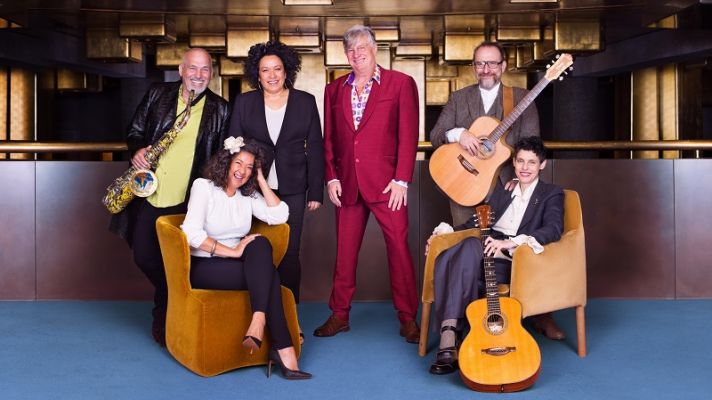 I just finished the APIA Tour in Australia, playing across this beautiful country, alongside Mental As Anything, featuring my old friend and touring partner Greedy Smith. The Mentals opened up for Men At Work in 1982. Time was compressed, and it was completely lovely to hang with him again, and the rest of his gang for a month and a bit.

And Joe Camilleri, what can you say about Uncle Joe, well a lot actually, but not enough time or space here. He has the gift that keeps on giving. On this tour he had a particularly great version of the Black Sorrows, with Tony Floyd (drums), Claude Carranza (guitar), Mark Gray (bass), and John McAll (keyboards), and they all sing.

Together with the formidable sisters Bull, Vika and Linda, they served up a delicious cake of sound, each and every night.

I did my thing, played a few tunes, tampered with the truth, and endeavoured to make the audience feel good about getting off the couch and coming out. I think they’re glad they did.

And now it’s done. We all had a good time, which is clearly the point.

Now it’s time to jump on the choo choo love train, and head on down the line.